Wired4Games DISCOVER THE ART OF PUBLISHING
Home Featured News Here’s what you need to know about the Drum Gun and how it works! 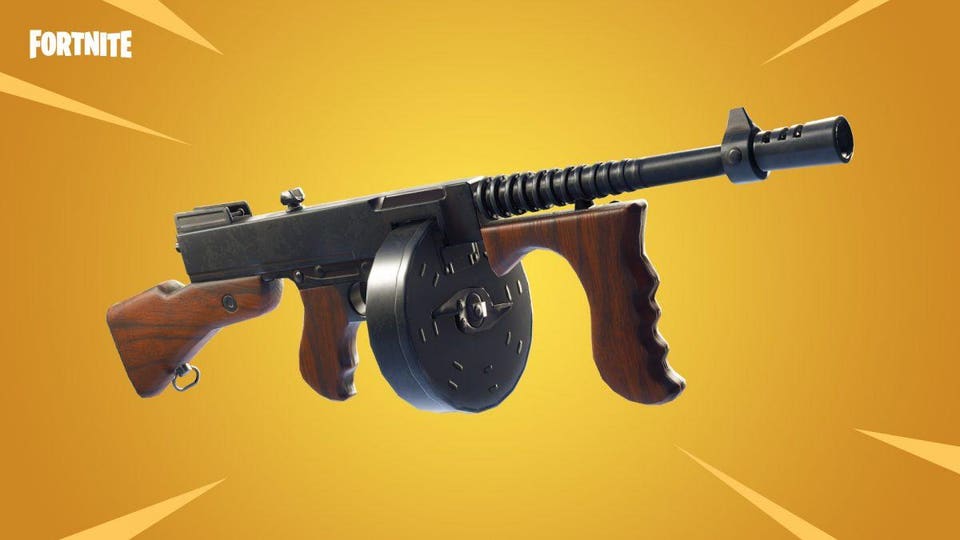 So the drum gun, I would argue, is pretty fundamentally different from the rest of the weapons and items introduced in Fortnite: Battle Royale. Every other item introduced into this game has fallen into two distinct categories: they’re either relatively straightforward modern-day, like the S.C.A.R, the shotguns, the standard Assault Rifles or most of the other basic weapons, or they’re just plain nutty, like the port-a-fort or the boogie bomb. That’s essentially Fortnite’s aesthetic right now: ridiculous things set alongside recognizable weapons. The drum gun, on the other hand, is something different: it’s a real weapon but not modern-day, and it feels like an obvious pair for the film noir skins Epic released the other day.

To me, this says three things: one, Epic is just loosening up a little bit with their weapons. Two, the developer wants to give you plenty of fun tools with which to make movies. And three, this might just be some sort of validation for the theory that Season 5 is going to go time travelling.

Regardless, the drum gun is live in the game right now, so people are already figuring out how to use it.

Like the minigun, it would seem that the drum gun’s main advantage is the ability to fire for a long time without reloading, which is useful for keeping up the pressure in squad modes as well as tearing down structures in all modes. It seems like it will be useful for spray and pray players like me, because I’m generally terrible at aiming. Right now the higher-tier game in Fortnite has plenty of tactical variety, while the lower-tier game lacks to a certain degree. This would appear to be an attempt to address that by giving players who can’t get their hands on legendary or epic weapons a solid suppressive option.