Moisty Mire definitely seems like its going to get a whole lot less moisty, and soon. A third and perhaps–perhaps–final rift has just left another piece of scenery sitting in the world of Fortnite: Battle Royale. There’s now an animal skeleton lying in the middle of Moisty Mire, joining the ancient anchor and stagecoach as artifacts of other times and places that have been deposited into the fictional world. Let’s take a look at it: 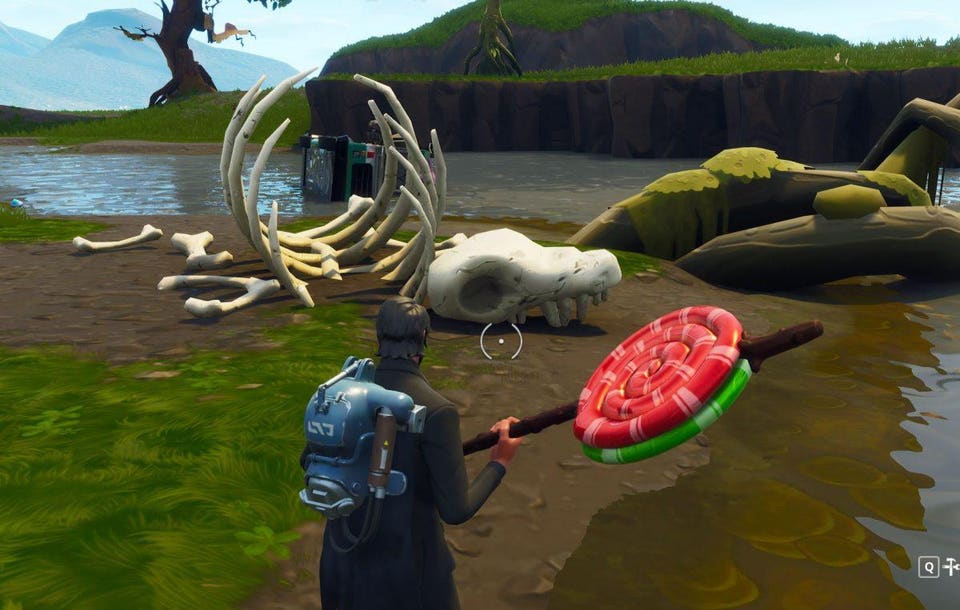 The skeleton would appear to follow a kind of desert theme, though it’s distinctly more toothy than the classic Wild West cow skeleton. That’s not entirely surprising considering the general wackiness of Fortnite, however: it looks something like a kind of thick alligator. It’s not too far from the stagecoach, either, reinforcing the idea that this whole section of the map is going to get replaced by a desert. Moisty Mire seems to be a relic of an old conception of Fortnite, before the eventual emphasis on speed and mobility that made the idea getting bogged down in the swamp anything but fun. Like in Loot Lake, players just build to get around the slowing properties.

You can find it on the southern edge of the swamp, but sort of in the northern section. That’s confusing, so here’s a map, with my little arrow right on the thing. 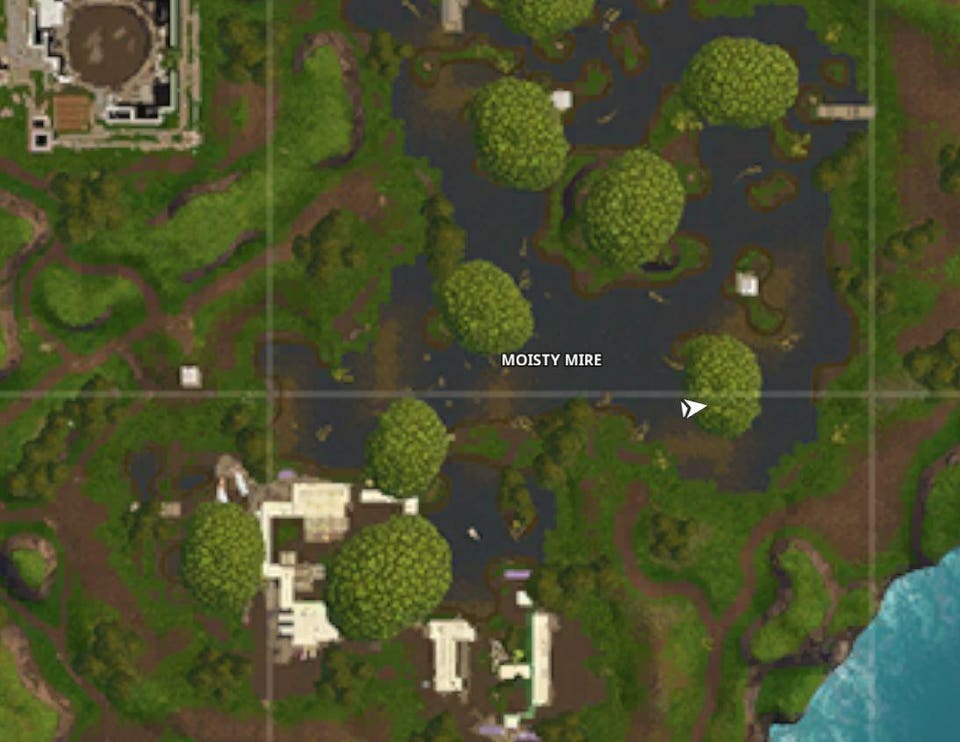 The only strange thing here is that now we have two items that appear to be linked to the Wild West theme, one from what we now assume is the Viking theme, and nothing from the Japanese or possibly Egyptian theme that Epic teased yesterday with what I think is an image of a Kitsune mask. It’s possible, I suppose, that the skeleton is linked to an Ancient Egyptian desert, but the close proximity to the stagecoach make the Wild West feel a whole lot more likely. I haven’t read reports of another object-spewing rift forming anywhere, but it’s possible we’ll get another item tomorrow.

As Season 4 draws to a close, people are getting ready for a brand new battle pass and what feels like it might amount to a brand new map. Check back in the early hours of Thursday, July 12 to see what Epic has in store for Season 5.

Euge - July 7, 2020 0
▶ To donate click the link here, your name will pop up on the screen: https://streamlabs.com/eugeyt1 ▶ Support A Creator Code: Euge Need new gaming grips for...