Weekly challenges have been added to Season 3 of Fortnite Battle Royale and this page shows you how to complete and unlock all the Week 7 challenges. This set of challenges was released on April 5 and the reward for completing them all is 4000XP.

Deal damage with shotguns to opponents

Deal 1000 damage using shotguns. You don’t need to defeat your enemies to make them count, just deal the damage. Aim for the head! Use any of the following weapons to add to the damage counter:

Open up seven chests in Lonely Lodge. No, they do not have to be opened in the same match. Lonely Lodge has a different landscape and it’s easy to miss some of the chests here. Take a look at these locations to better your chances!

There are hidden gnomes hidden across the entire map in each of the named locations, and it’s your job to collect seven of them. A lot of them will be hidden by furniture and other objects so you’ll have to tear through homes and buildings to find them. If you hear strange laughter and giggling sounds, you’re in the right place! 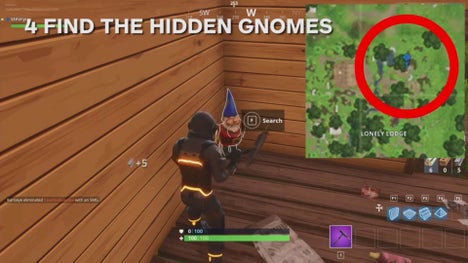 Locate the hidden token using a map found in Retail Row. There’s a treasure map inside one of the homes on the west side of Retail Row. Look at it and notice a very familiar maze…

You can skip picking up the treasure map and head straight to the Wailing Woods to collect the token!

Yup, it’s the hedge maze in Wailing Woods. Head to the named location on the map and drop into the left side of the maze. The token will appear at a dead end. The exact quadrant for this location is I3. See the yellow icon in the wailing woods in the image below. 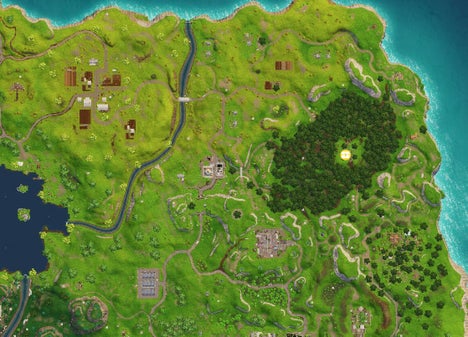 The token you’re looking for is located in front of a rock south of the giant llama and west of Junk Junction. For the exact quadrant, look in the center of B2. You can also use the map to guide you! 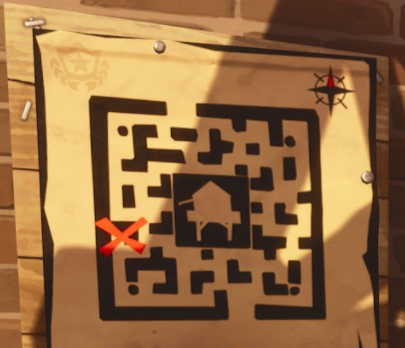 Take down three other players in Shifty Shafts. A lot of tight quarters here so try to pick up a shotgun as soon as you can! Traps are also great, especially in the lower levels where players run around the dark shafts and quickly turn corners. Another good strategy is to stay in the top area and shoot down at enemies in the lower levels since there is a big lack of roofs and ceilings. Don’t forget, this place has chests everywhere, including within the wooden walls of the shafts. If you need a weapon, keep an eye out for a chest!