It’s a brand new season in Fortnite, and we’re still hunting for treasure in season 5, it turns out. On the long, long path to complete your battle pass, you’ll have to start with week one, and there’s an old favorite type of challenge that has popped up today.

That would be finding a treasure map in Risky Reels, and then following it to the location of a hidden battle star on the map. It’s one of the easier challenges of the week, which is why I’m not exactly sure why it’s listed as “hard” on the challenge list, but I suppose they’re not accounting for the fact that you can look up the answer like you’re doing now.

Go here to see all of season 5, week 1’s challenges.

Here’s what the map looks like in Risky Reels if you’re curious, courtesy of YouTuber Flamm: 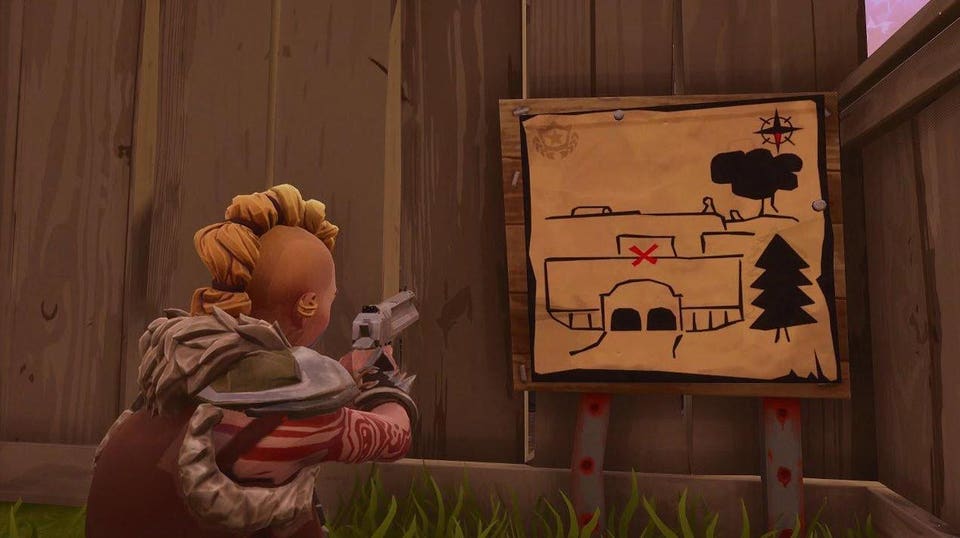 From that shape, veteran players might know exactly where this is. If you don’t, it’s the tunnel just south of Tomato Town that runs under a small hill. Here’s where that location is on the map if you want to land there directly (remember, you don’t have to look at the Risky Reels map in-game first for the treasure to appear).