It’s leading to speculation that the first secret quest could take place in Destiny 2 as early as this week.

And the already confirmed return of Iron Banner is due to have a release date soon.

Here at Wired4Games, we have rounded up all we know so far about the Destiny 2 weekly reset, the October schedule, the return of the Iron Banner and the first secret quest.

WHEN IS THE DESTINY 2 WEEKLY RESET? WHAT WILL BE CHANGED?

The Destiny 2 weekly reset happens every Tuesday. Here are the times for the big weekly shake-up:

The official Destiny 2 weekly reset affects Nightfall Strikes and the ongoing Raid, and also acts as the countdown to complete these tasks.

If you complete them before the reset, you will have to wait until the following Tuesday to start them again and collect new rewards.

This is also when a lot of the game’s milestones get refreshed, which means weekly challenges, destination Flashpoints, call to arms, clan XP and clan XP reward. 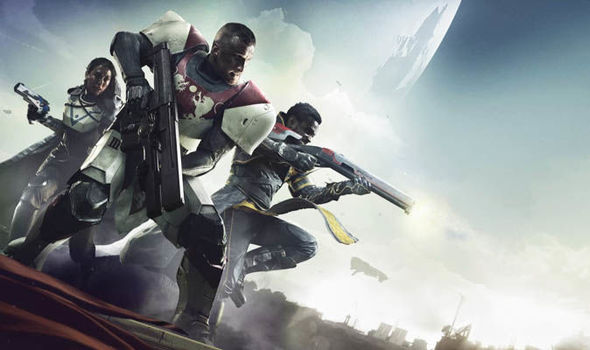 WHAT IS THE DESTINY 2 OCTOBER SCHEDULE?

So far, Bungie have not released an October schedule for Destiny 2.

The Destiny 2 released a roadmap for Guardians ahead of the game’s release back in September.

However, that only outlined what was going on during the first four weeks of Destiny 2 – everything past that is a mystery.

In that roadmap, every Tuesday when the weekly reset kicked in NightFall Strikes and Flashpoint destinations all got a shake-up.

While on Friday Xur would return and Trials of the Nine would get a refresh.

WHEN WILL IRON BANNER RETURN TO DESTINY 2?

Bungie have already confirmed that Iron Banner will return to Destiny 2 in October.

However, the exact date for the return of the week-long PvP event is unknown.

In the original Destiny, Iron Banner had its own set of weapons and armour, which dropped at high gear levels and at a generous rate.

It made it one of the best grinding activities for Destiny players that wanted to level up.

We expect that Iron Banner in Destiny 2 won’t deviate too far from the existing format of Crucible matches with level advantages enabled.

But it’s unclear if it Lord Saladin will return to for the event or if Lady Efrideet will continues to oversee proceedings.

Judging by trailers released so far from Bungie, it looks like Iron Banner in Destiny 2 could have a Samurai-style theme around it.

October will also see the Prestige difficulty hit the Leviathan Raids this month.

DESTINY 2 – WHEN WILL THE FIRST SECRET QUEST BE RELEASED? COULD IT HAPPEN THIS WEEK?

The seventh is a date that has long been favoured by Bungie, and fans are hoping October 7 will see the release of Destiny 2’s first secret quest.

Fans believe the secret area during the 1AU mission in the main campaign will unlock for the special quest on Saturday.

A number of Guardians managed to break into this room thanks to in-game glitches.

However, it didn’t reveal anything more than a few enemies.

Bungie may reveal more details on the October schedule, as well as the return of Iron Banner and Destiny 2’s first secret quest in their blog this week.